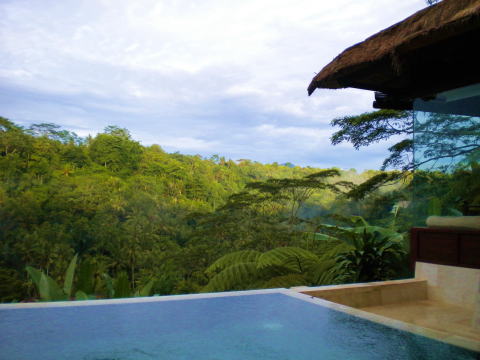 The upper stream of the Ayung river which flows through Ubud.

What the predecessor's French owner opened the middle of the 80s as a restaurant which desires an unparalleled view is this hotel called primary beginning.

A stay building is built and increased little by little in order to respond to the strong request from the diner who would like to stay at the ground of this unparalleled view, and there are the circumstances where renewal was continued up to now in piles.

The Kupu Kupu baron which means <big butterfly> which the natural beauty of Ubud and the esprit of France unite and brews the atmosphere refined nonchalantly is such a hiding place resort. 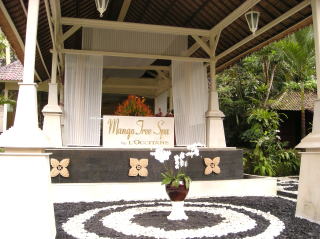 The duck gate of the hotel, the first coming in the eyes, it is the spa building.

In fact, this "Mango Tree Spa" is due to produce L'Occitane, seems to are using the L'Occitane products in all of the treatments. 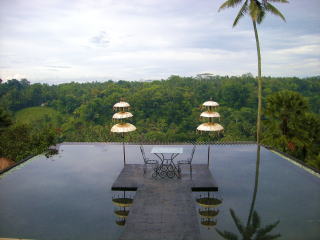 The view from the lobby. Against the curve of creating natural, it is the artificial straight downright contrasting. 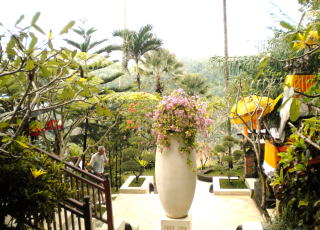 Beautiful staircase along the slope from the lobby to the valley side. 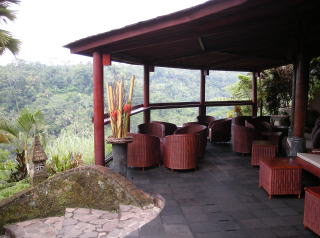 Outlook lounge located on the hillside.

it opens also as a bar in the evening . 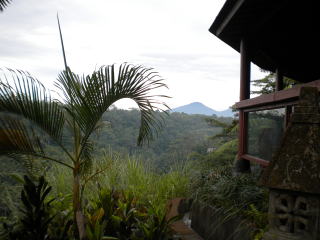 Overlooking under eyes a slope rise perpendicularly to the other side which is across the Ayung River. 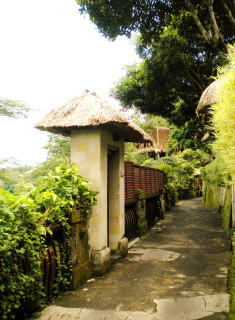 The path reaching to villas. The pavement is somewhat insufficient, but it can not be expected aboutthat if you imagine the difficulty of developing such a steep slopes.

You can see the pretty electric cart coming and going on this road. 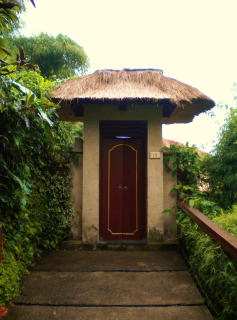 Small and tasteful entrance to the villa. 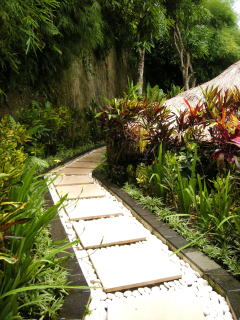 White path has continued ahead of the door.

It appears also to have been buried in the ground building, but the right side of the path I do has become the downstream slope of the steep angle. 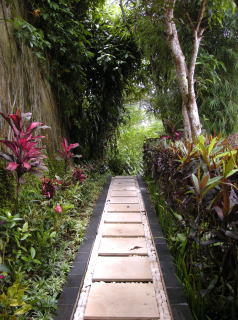 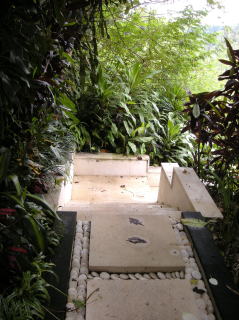 At the end around the path, sunshine has inserted slightly. 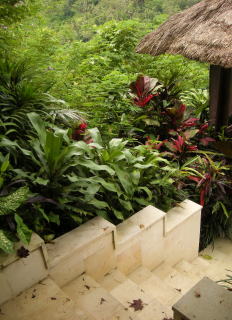 Then, when descending the stairs to the bottom.... 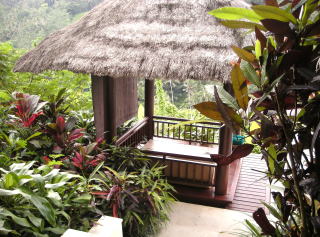 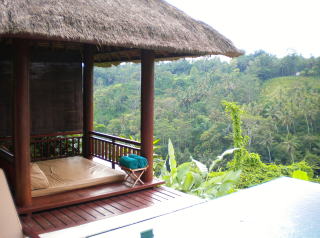 From the pavilion, such as the stage projecting from the slopes, it has spread the majestic views overlooking the jungle opposite from a distance. 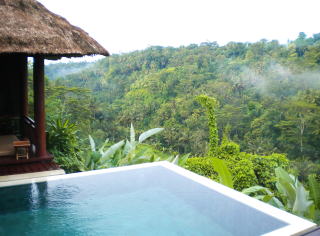 Private pool further overhanging the valley side of the arbor. In such a position < surface > the fact that there is, it makes me a strangely luxurious mood. 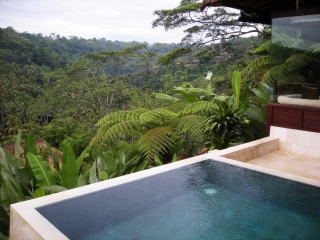 The view from the pool. As far as the eye can see, the jungle has spread. 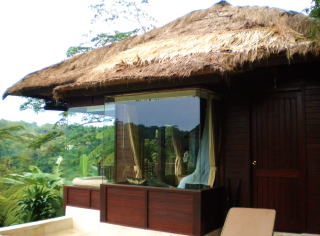 The appearance of the villa.

The outer wall of the deep red-brown, large bay windows with frameless.

to the Next Page of Kupu Barong Villas & Tree Spa