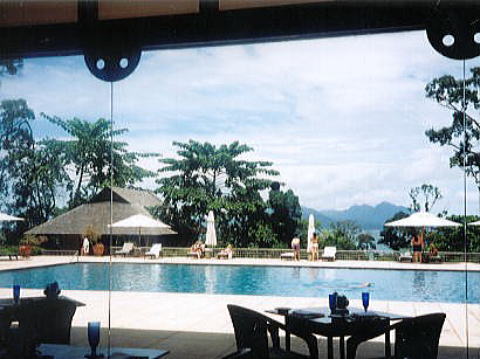 Mysterious Island Langkawi that is wrapped in tropical jungle from the ancient times.

In the northwest of the island, high-class resort is quietly nestled on the slopes of the rainforest facing the Andaman Sea, it is the The Datai.

Since opening in 1993 as an eco-resort in consideration of the surrounding environment and landscape, this resort Hollywood celebrities has become also the topic thing come incognito trip, to stay in the Datai from going to "Langkawi "rather than, it has a charm only of occupied said to" go to Langkawi in order to stay in the Datai "is a hideaway resort. 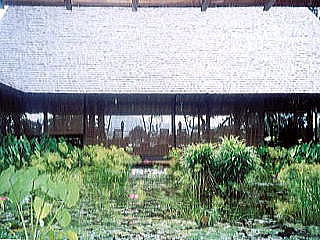 Symbolic lotus pond that spread in the lobby of the first.

coupled with the build of the roof, it exudes sublime atmosphere such as temples and shrines. 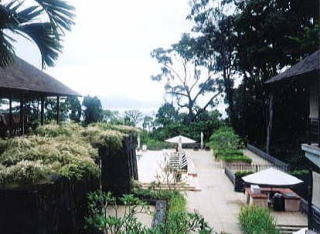 From the slope of a hill covered with dense forest, the Andaman sea views from a distance. 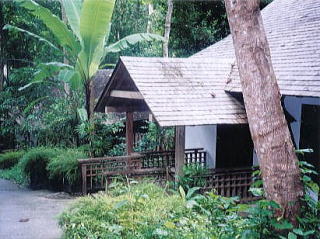 A tortuous alley to the villa you go down riding the electric cart. Villa appearance a fairly sober, it is frugal impression. 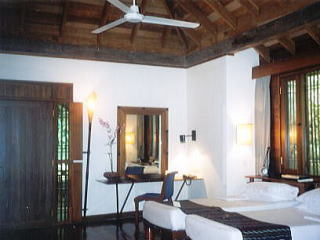 This is the room of "Superior Villa." 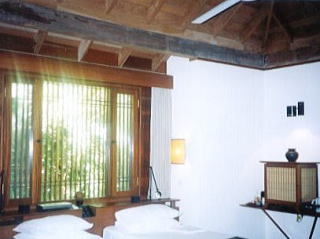 Such as wood frame window of the vertical grid, has Asian taste is taken casually. 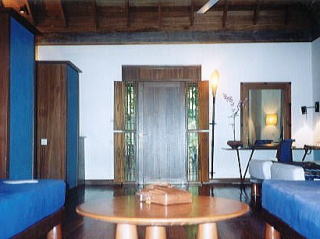 Unified in blue fabric, in a room of the modest tone, have added a good accent enough. 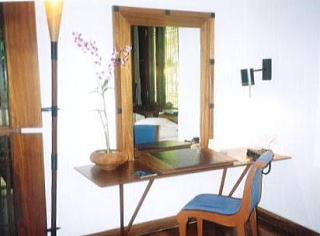 Fringed dress corner of the mirror in a wooden frame, such as the frame of the painting. 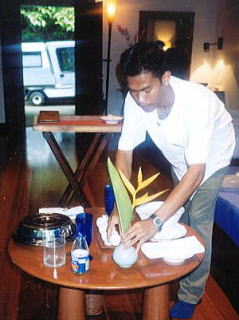 Getting slightly hungry, we ordered room service.It'is quite consideration as the flower attached together with meal. 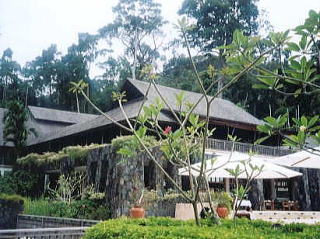 Appearance of a lobby building.
The stone wall seen to everywhere inside the garden may be able to be called one of the symbolic elements of The Datai.
When this stone wall that has given the profound feeling to the whole institution becomes night, an orange light is illuminated from the inner side of that opening, and it is beauty with moving it. 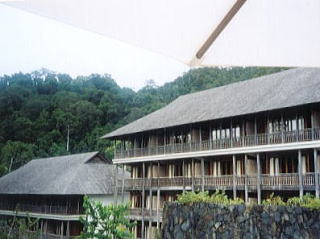 The building that was the motif of the Tibetan temple, yet seemingly unspectacular, has shot a distinctive presence.

it's the feat of Kelly Hill, the famous architect who have worked on a number of paradise resort including the Aman resort. 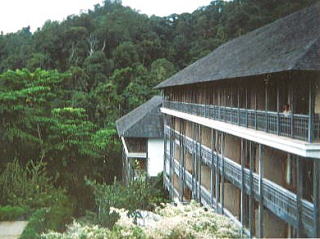 It is a jungle of the tropical rain forests covered by the tall trees considered that there is the circumference 10 m or more.
It can grasp that it is higher in the height of trees than in the roof of the building which exists four or more layers. 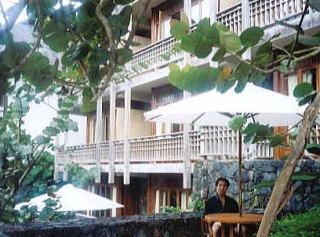 The break space of a stay building lower layer part.Also back [ the ], the stone wall has surrounded. 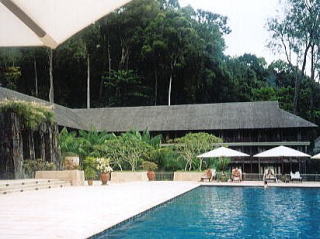 The main pool located just under the lobby building on heights.The floor of white marble backs up the circumference brightly like a reflector.
Over the tropical rain forests under its view, looking down on the Andaman. So scenic. 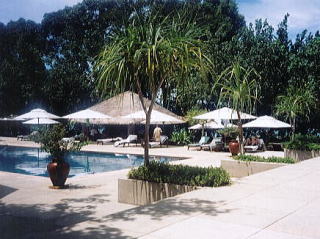 It is another pool on the beach of the point which went down the alley of the slope here.The Andaman Sea spreads out back. 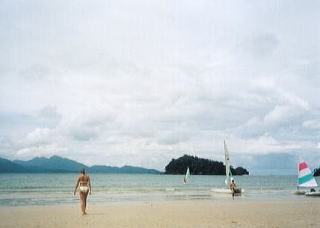 Datai Beach facing the Andaman Sea. The marine sports with a motor are forbidden in consideration of environment.It is a quiet beach which is not troubled to a peddler. 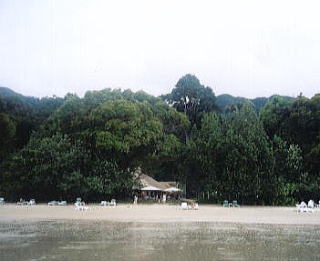 The Datai is desired from the sea side.
However, other than the restaurant of a beach, a lobby building or a stay building are not visible at all, either.Is consideration of this hit also a reason called eco-resort?
It is also a spectacle in which it is heard and found simultaneously that The Datai is the resort just surrounded by the jungle.

The Charm of The Datai. It's the unique location that can experience the unusual perspective of overlooking the sea from inside the jungle, While looking deceptively plain, located at the point where the entire facility is exudes a majestic presence in the cool. On the other hand, the location because that is covered with the surrounding tall trees, the room overlooking the ocean view is limited with the exception of the upper floors of the hotel building.So mostly jungle view rooms are most.

★★★Learn more about The Datai Langkawi★★★