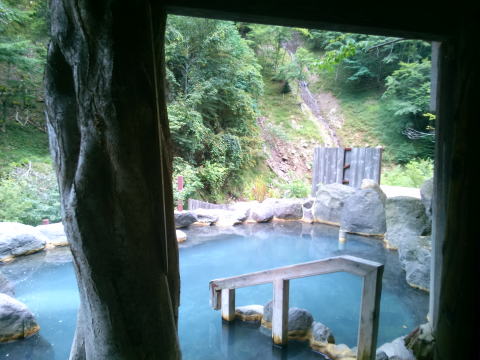 Okukinu Onsen Area called "The last hidden spring in Kanto" is located in the highlands of altitude 1300～1400m,surrounded by virgin forest.it has four Onsen Ryokans scattered around.

Kaniyu Onsen is the largest ryokan among them, and popular in white hot spring. Looking up the lush mountainside,wild deers appear somtimes. Mixed bathing outdoor baths along the mountain stream heal everyone. 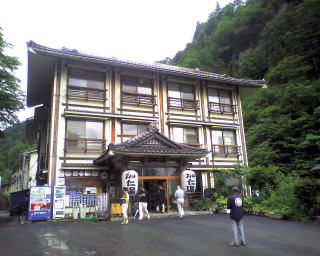 To Kaniyu Onsen from Meotobuchi which is the entrance of Okukinu Onsen area, you can either hike over gentle promenade "Okukinu promenade" for about one hour before and after along Kinugawa, or take the shuttle bus (twice a day operetion and reservation needed ).after about 20min, you can see the iconic appearance of Kaniyu Onsen.

Both sides of the front door, huge lantern is impressive like the guards. 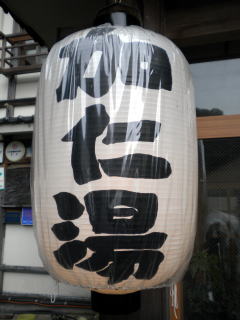 This lantern is equivalent big. Height may be 1.5m or more. 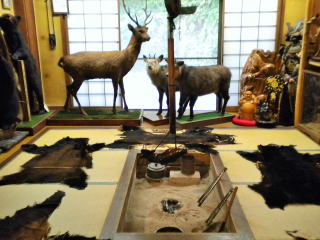 The first noticeable after entering the hotel is, hearth full of stuffed animals.
Bear fur has been laid in place of the cushion. 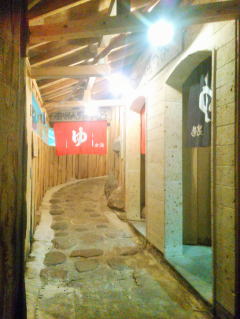 Walking the long corridor, and toward the mixed bathing outdoor bath. 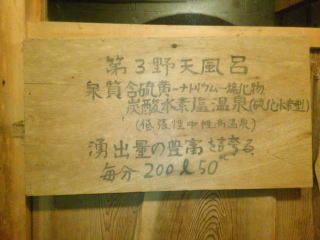 Component of the hot spring is displayed in the signboard of the bath. 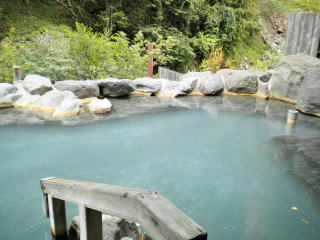 Because we checked in early, nobody is there. It's good situation to take pictures. 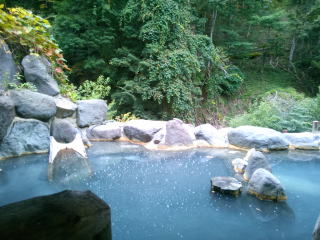 The color of Onsen looks quite different depending on the angle you look at. 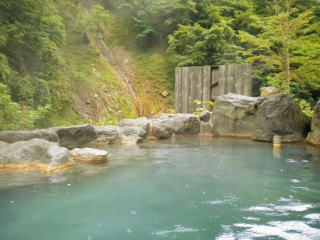 Ray of a small waterfall is flowing beyond the bath. 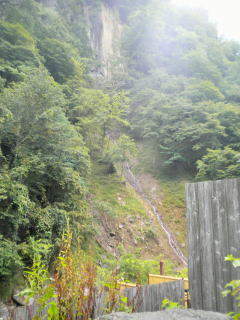 In part, you can see "columnar joints" which are cracks of columnar consecutive developed in rocks.

On the other hand, when I look back 180 degrees, this also, indescribably quaint appearance.

This is the flagship bath of Kaniyu Onsen . 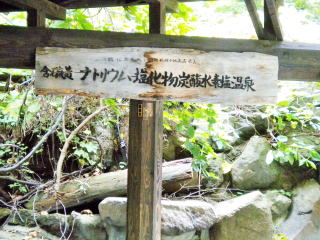 The component display of signs says "sulfur included". Hot springs containing sulfur is popular in Japan, and I love me thi s kind of Onsen.

As I love sulfur hot springs, is no longer accumulate. 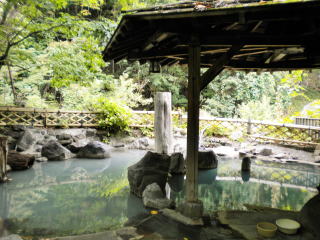 This is women-only open-air bath.

I had asked my wife to take pictures of the bath.

The Onsen water of beautiful Milky white is believed to make our skins smooth.

Turning the eye around the open-air bath, it will be overwhelmed majestic nature.

If you look at the downward, murmuring of Kinugawa mountain stream will play a refreshing healing BGM.

to the Next Page of Kaniyu Onsen